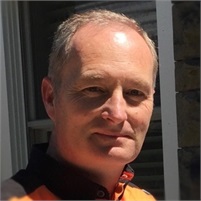 Prior to the purchase of Woodstock Harley-Davidson, Bill participated in the inaugural ‘Motorcycle Cannonball’ Run in 2010. This coast to coast timed run was exclusivly limited to only  motorcycles produced from 1915 and earlier. Bill participated on his original 1913 Sears, 9 horsepower single speed motorcycle.   Now a world famous testament to riding skills, the Cannonball Run tests ones mechanical savvy and sheer personal endurance on a 100 year old machine.   Bill’s experience was chronicled in the award winning documentary “White Knuckle.”

In 2008, Bill ‘retired’ from a 25 year career as a commodity floor trader on the New York Mercantile Exchange. As an independent trader, Bill held positions on committee’s such Political action, Charitable, Compliance, Infrastructure, Floor Committee and Finance.

You can visit Bills dealership at www.WoodstockHarley.com

Bill is in no way associated or affiliated with Kestra IS or Kestra AS.