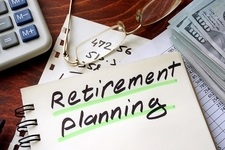 Financially, how might retirement differ from your expectations? To some degree, it will. Just as few weather-casters can accurately predict a month’s worth of temperatures and storms, few retirees find their financial futures playing out as precisely as they assumed.

As you approach or enter retirement, you may find that your spending and your exit from your career don’t quite match your expectations. You may be surprised by these developments, even pleasantly surprised by some of them.

Few retirees actually outlive their money. If this was truly a crisis, we would see federal and state governments and social services agencies addressing it relentlessly. The vast majority of retirees are wise about their savings and income: they don’t spend recklessly, and if they need to live on less at a certain point, they live on less. It isn’t an ideal choice, but it is a prudent one. Health crises can and do impoverish retirees and leave them dependent on Medicaid, but that tends to occur toward the very end of retirement rather than the start.

In the initial phase of retirement, you will probably want to travel, explore new pursuits and hobbies and get around to some things you may have put on the back burner. So in the first few years away from work, you might spend roughly as much as you did before you retired. After that, you could spend less.

In the big picture, households run by those 75 and older typically spend about half as much per year as households headed by people in their late forties.1

Further interesting analysis of BLS statistics and retirement spending patterns comes from David Blanchett, the head of retirement research at Morningstar Investment Management. He sees a correlation between career earnings and retirement spending, one contrary to many presumptions. Comparatively speaking, he notes that higher-earning retirees commonly have to replace less of their income once their careers conclude. As he commented to Money Magazine, “the household that makes $40,000 a year might have an 85% replacement rate, and the household making $100,000 a year might need 60%.”2

Why, exactly? The upper-income household is watching its costs fall away in retirement. The home loan, the private school tuition, dining out due to convenience, the professional wardrobe, the car payment, the workplace retirement plan contribution – this is where the money goes. When these costs are reduced or absent, you spend less to live. Blanchett believes that the whole 70-80% guideline may “overestimate the true cost of retirement for many people by as much as 20%.”2

Your annual withdrawal rate could vary notably. Anything from healthcare expenses to a dream vacation to a new entrepreneurial venture could affect it. So could the performance of the stock or bond market.

You could retire before you anticipate. You may want to work well into your sixties or beyond – and the longer you wait to claim Social Security benefits after age 62, the greater your monthly payout. Reality, on the other hand, shows that most people don’t retire at age 66, 67 or 70: according to Gallup, the average retirement age in this country is 61. The aforementioned JP Morgan Asset Management study determined that less than 2% of Americans wait until age 70 to claim Social Security benefits. So if your assumption is that you will work to full retirement age (or later), you should keep in mind that you may find yourself electing to claim Social Security earlier, if only to avert drawing down your retirement savings too quickly.1

You don’t have to be a millionaire to have a happy retirement. In a 2011 Consumer Reports poll of U.S. retirees, 68% of respondents were “highly satisfied” with their lives irrespective of their financial standing. Backing that up, JP Morgan Asset Management found that retiree satisfaction increased only incrementally the more retirement spending surpassed $40,000 a year.1

This material was prepared by MarketingLibrary.Net Inc., and does not necessarily represent the views of the presenting party, nor their affiliates. This information has been derived from sources believed to be accurate. Please note - investing involves risk, and past performance is no guarantee of future results. The publisher is not engaged in rendering legal, accounting or other professional services. If assistance is needed, the reader is advised to engage the services of a competent professional. This information should not be construed as investment, tax or legal advice and may not be relied on for the purpose of avoiding any Federal tax penalty. This is neither a solicitation nor recommendation to purchase or sell any investment or insurance product or service, and should not be relied upon as such. All indices are unmanaged and are not illustrative of any particular investment.
Citations.
1 - reuters.com/article/2014/03/12/us-column-stern-advice-idUSBREA2B1R020140312 [3/12/14]
2 - money.cnn.com/2014/02/26/retirement/retirement-spending.moneymag/index.html [2/26/14]